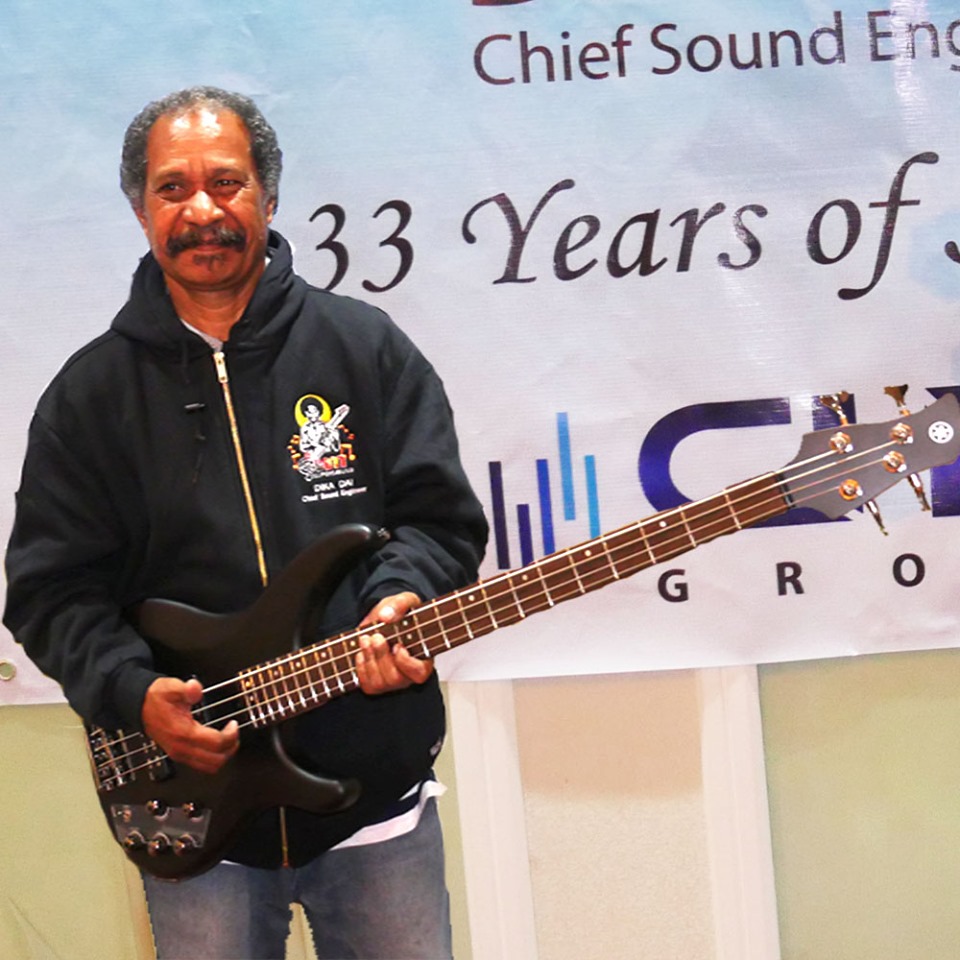 The awards were held at Lamana Gold Club on Friday 26th April and are the longest running Music Awards in PNG hosted by Yumi FM to recognize the talents and achievements of Papua New Guinean musicians, artists, songwriters and producers.

Dika Dai is considered a legend in the PNG music industry and was the Chief Sound Engineer for CHM Supersound for over 20 years. During his career he produced a string of smash hits for local artists such as George Telek, Helgas, Hollie Maea, Basil Greg and many many more. Dika is also a very successful artist in his own right being a member of the legendary Deejays band.

Dika’s legacy is not only the success he achieved as an artist and producer, but also for the mentoring, training, coaching he gave to the next generation of PNG musicians and artists and the inspiration he has given to young people to chase their creative endeavours.